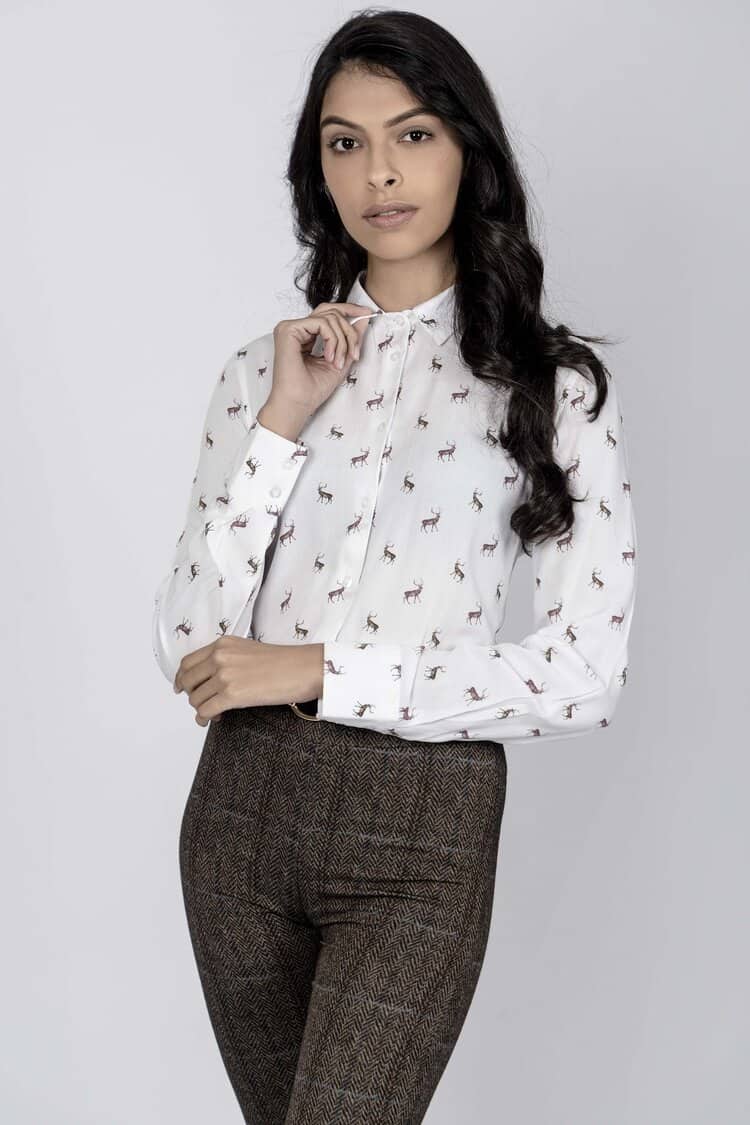 It can be an exciting and almost heart stopping moment when you encounter your first wild deer while out and about in the great British countryside.

Often only  a fleeting glimpse, but for some they are lucky enough to observe these beautiful creatures for several moments. And of course any deer stalker will tell you that they are not the easiest prey to hunt as their agility and speed often see shots missed by several feet.

Venison is a fantastic dish on many Pub menus, but overall we Brits have a peaceful love affair with British Deer.

In our latest Hartwell Clothing blog we take a look at this love affair, from both perspectives.

A variety of species

In Great Britain we have 6 main species of wild deer, of which two are totally native to the British Isles with the largest deer remains being dated at around 11,000 years ago.

A 3rd could almost be called a native as it has been reintroduced on two occasions via invasion, and there are 3 more that have been introduced fairly recently and they stem from the Asiatic continent.

Only Red Deer and Roe Deer are truly native to the British Isles. The Fallow deer was almost certainly introduced by the Romans and then reintroduced by the Normans. The three Asiatic species are notably the Reeves’ muntjac, the fleet of foot Chinese water deer and Sika deer that mainly arrived in the late 19th to the early 20th centuries.

The Red Deer still holds the title of being Britain’s largest land mammal and stags can weigh in up to 180kg – 190kg and are much prized for their meat. As well as being easily distinguished by their size they have a short tail and a pale rump patch. It is often that flash of white disappearing into the forest that tells a Deerstalker, dinner is going to be hard to catch.

While deer stalking is still a prized countryside pursuit, many people enjoy simply watching these graceful animals as well and the British Deer Society reports that numbers are growing, mainly in the Scottish Highlands and South West.

The coats of Roe deer go through various colour changes throughout the year. A warm rusty red in summer turning a slate grey slightly dull colour as winter sets in. Both sexes have a prominent white rump with no tail and tend to have large ears.

Males (bucks) have small antlers with three points each when fully grown.

Roe deer are fairly dainty creatures and their small hoof prints are easily distinguishable in soft ground. They are creatures of habit and use well-worn paths, this makes them easier to stalk than other species.

Landowners and farmers have a very mixed love affair with the Roe Deer. They are seen as having both positive and negative influences in the British countryside. They can cause damage to young woodlands and agricultural crops through browsing, however many landowners and rural industries utilise the stalking of roe deer and the sale of venison as a substantial supplementary financial income.

If there is a hunt near you then get “dressed to kill” in Hartwell and enjoy a true countryside day out with hopefully a great feast at the end of the day.

The Fallow deer is non-native, but is widely considered as naturalised and are widespread in England and Wales, while remaining a little patchy in Scotland. Fallow deer often have a dark inverted horseshoe looking shape on their rumps, that is coupled with a dark  stripe running along their long tails.

Larger than the Roe, bucks can weigh up to 90kg. An interesting fact is that Fallow are the only deer species in the British Isles with palmate antlers. Full-sized after the deer are just three/four years old and can reach up to 0.7m in length.

Their elongated heads tend to make them look a little aggressive when sporting a full set of antlers, but they are remarkably passive.

And now for the 3 species found in the UK that are fairly new to our shores and growing in popularity amongst deer lovers.

The colour of their coat is very similar to Fallow deer, although there is often a distinct dark coloured dorsal stripe along the back. Sika deer were introduced from the Far East into Britain in 1860. They were one of a number of subspecies introduced but the only free-living form in Britain is the Sika.

Russet brown in colour for most of the year, turning to a dull grey in winter. With a wide, flat tail, which is raised when they are startled or disturbed and this displays a white underside they are easily identified through the trees. Imported from China to historical Woburn Safari Park in the early 20th century they are becoming widespread across the south and midlands and rapidly increasing in numbers. They are growing so fast that since 2019 they have been classed as an invasive alien species.

For reasons unknown they account for a high proportion of road traffic accidents involving British Wildlife.

The great escape from Whipsnade Zoo in 1929, saw the birth of the wild Chinese Water Deer population in the UK and they have breed so well here that the British population are now thought to account for 10% of the world’s total.

Their habitat is mostly in  Bedfordshire, Cambridgeshire, and Norfolk with a few scattered sightings elsewhere. As they love reed beds and river shores as their preferred habitat, the wet fenlands of Cambridgeshire and Norfolk are ideal.

So def keep your eyes peeled on those riverside rambles for one of Britain’s slightly more rare breeds of deer.

Deer hunting is the term which is used in North America for the shooting of deer, but in Britain and Ireland the term generally refers to the pursuit of deer with scent hounds, with unarmed followers typically on horseback.

In the UK the majority of British deer are stalked as the traditional practice of chasing deer with packs of hounds, is illegal under the Hunting Act 2004.

Although venison is growing in popularity on many restaurant menus, most of the stalking in the UK is done as a cull to keep the deer populations under control and protect the countryside.

Keeping your eyes peeled on walks is the best way to spot deer and being careful not to startle them. Getting to know these beautiful creatures is part of the joy of the English countryside and rambling.

Being well dressed is also an essential part of rambling, and that inevitable pub lunch or sunset dinner.

Check out Hartwell Clothing’s latest additions, you won’t be disappointed.