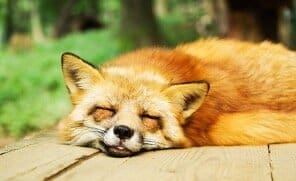 What is it with Foxes??

I’m sure you must have noticed how foxes have become a normal aspect of the urban scene. But to older city-folk the fox, this somewhat remote, wily character of Aesop Fable fame, with his rather wicked yet exotic appeal was an animal always confined and consigned to the countryside. To Joe Bloggs, the cunning fox and vixen – that word says it all! – were of no concern at all. Hated by farmers and poultry breeders, they belonged to an entirely different aspect of our green and pleasant land.

Mr Fox had nothing to do with the town dweller – apart from the furrier. After all, in times gone by, only the fur coat could guarantee your winter warmth. In fact, many a granny’s prize possession was her fox stole. This neck-warmer with scary, piercing eyes and wobbly tail kept her warm long before central heating went mainstream. Oops, a definite non-pc, no-no now!

But Mr Fox, outside his Dr Seuss appeal, was always a bit different. Red, white, black or grey coated, Monsieur Reynard alias Mr Clever Clogs, was not outwitted by wire netting or traps. Having grown ever more audacious, this novel omnivore now runs rampant in our gardens, parks and bye-ways. His visits are no longer merely nocturnal. In suburbia he can be seen in broad daylight sunning himself on the very lawn he has probably desecrated – and defecated on – earlier on in his search for worms and insects. It is his territory – or so he thinks. And perhaps his greatest display of confidence is his calm strut across our roads in quasi defiance of us all – as if to the manner born he owned the streets.

He’s larger than his cousin the raccoon but relax – he’s smaller than other members of his Canidea family, the wolf or jackal. The word ‘fox’ derives from the Indo European ‘puk’ for a bushy tailed animal – and he doesn’t always travel with a pack. Some foxes live upto 10 years but most last around three years in the wild. They are clever enough to store any excess food for later consumption. Cute indeed.

You may (or may not) be surprised to learn there are numerous organisations in the UK that exist to protect the red fox. The Fox Project and National Fox Welfare Society both do amazing work to save endangered and distressed foxes. You can even adopt a fox through the Wildlife Aid Foundation.

And you have to admit, whether you love or hate them, whether you regard them as a health hazard or God’s stunning cunning creations, you can’t deny they are exciting to watch in action.

Perhaps that’s why they fascinate us so much. Some people have them as pets – not ideal if you have kids. Writers still fantasize about them. Artists draw, paint and sculpt them. Textile designers – as you see in Hartwell’s printed shirts – continue to feature foxes – no fur involved! It seems we just can’t get enough of Mr Fox. Yes, nowadays, this amazing creature belongs just everywhere, however hard we try to curb his wandering.