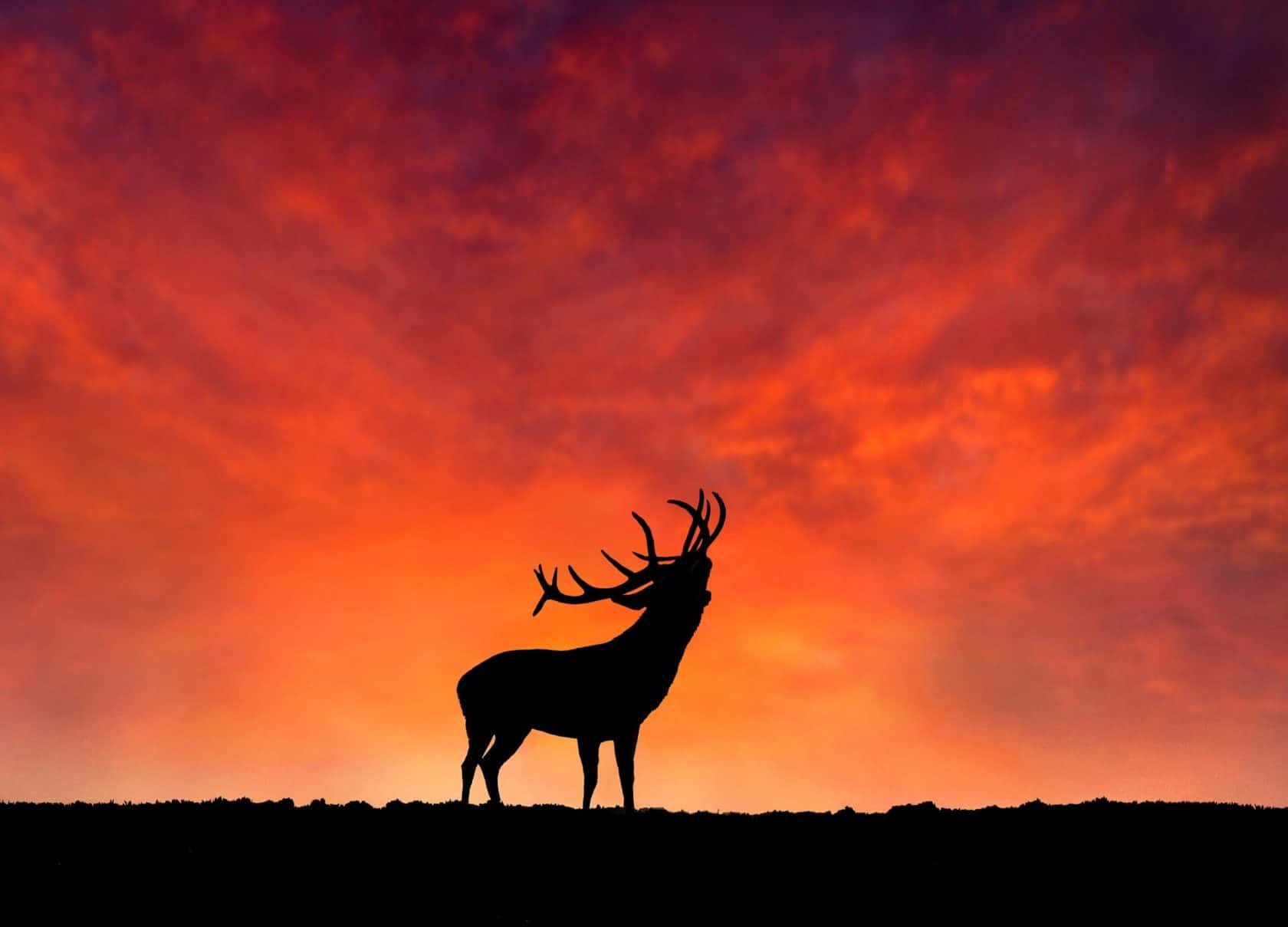 Who doesn’t love the flash of white in the woodland from a deer’s tail when you’re rambling or riding?

The mournful but hypnotic calls of Red Deer in the rutting season are a regular sound to country dwellers, and herald the onset of a clash of antlers or heads.

The British Isles is home to an interesting and diverse range of species of deer with the best known being the Red Deer, Roe Deer and the sprightly Muntjac. Also in good numbers since introduction to British soil are the Sika Deer, Fallow Deer and the Chinese Water Deer.

Many live in the wild and when startled near roads can cause motorists some anxious moments or worse!

Red deer are famed for their delicious venison, and with the pubs and restaurants open again, take a look at the latest range of Hartwell’s women’s country shirts, perfect for that fireside or terrace venison dinner.

The UK’s largest deer and reputedly, the one that delivers the tastiest venison. We find the greatest numbers of red deer in Scotland and they seem to thrive equally well either in the woodlands or out on the moors.

Also, found in England and Wales with the Lake District having a good number of wild herds.

In the Autumn you can hear the Stag’s calls from miles away as they get ready to rut. There are also several deer parks, where they can be viewed easily and are friendly towards people. Not the same as in the wild though!

Another of Britain’s native species whose remains have been found dating back as far as the Mesolithic period. But despite their native status they were over-hunted in the medieval period and thought to be almost extinct in the 1700s apart from the northernmost Scottish Highlands.

Thankfully, they are now found in large numbers throughout the British countryside and it is often the white rump of a Roe Deer that will catch your eye in a wooded glade or a park. But be quick if you want a photo as they are fleet of foot and very agile.

When feeding they love to browse and will eat a variety of herbs, tree shoots, ivy, leaves and brambles, along with almost any other woody plant.

Here is a challenge, why not try to get a photo with a Roe Deer for our spotted in Hartwell page, you might find they will be attracted to Hartwell’s brightly coloured ladies country printed shirts!!

And last but no means the least we turn to the Muntjac, although not indigenous to the British Isles is fast becoming one of the more populous deer, but is not always loved by farmers

A curious note is the Muntjac’s call, which is often mistaken for a dog barking. A more secretive deer which tends to live alone or in rare cases very small family groups. Numbers have significantly grown since recording keeping began in 1972.

For even more information on the Muntjac and other British deer species, then head over to the British Deer Society website (a great resource), which can be found at https://www.bds.org.uk.

Coniferous forests and heavily wooded areas are its favourite habitat, so although there are lots of them, they are not always easy to spot when out in the countryside walking.

If you are a fan of shooting then there is a really good article on the ShootingUK website that we would recommend a read of.

Whether you’re a lover of deer for the meat or you want to glimpse a wild one in the great British countryside, they are very much a part of our English Heritage. This is much the same way that many people feel about another British icon; The Pheasant. Feel free to take a look at some of our stunning Hartwell ladies pheasant shirts on our site while you are here.

So get planning those nice long walks deer-spotting and go dressed for the occasion in Hartwell of course, then you’ll be impeccably dressed for walking, lunch or an early dinner.