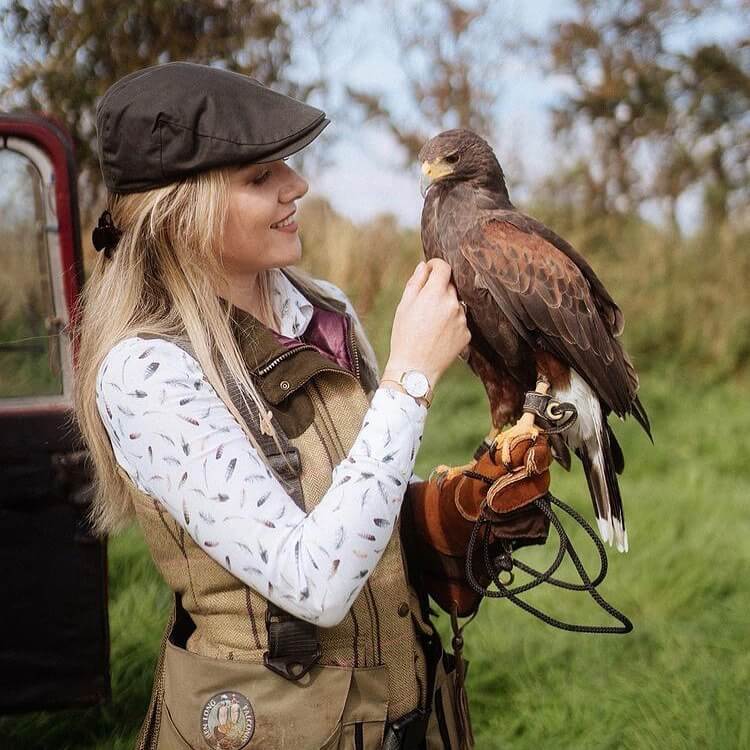 As we ease ourselves into the wonderful British summer, many of us will be planning those lovely countryside days out. hiking, cycling, leisurely strolling and of course lots of fairs, shows and countryside events to enjoy.

But as you gaze out of a car or train window, at seemingly endless rolling acres of British farmland, how much do you really know about British farming?

At Hartwell Clothing it’s an almost magical time of year as we gaze longingly across the meadows “mostly towards the pub” and our clever designers are filled with creative ideas to expand the new Hartwell range.

So we invite you to join us on a little trip through British farming. After all “it is the best”

As the ice retreated north at the end of the most recent glaciation, 15,000 years ago, it left behind a landscape of tundra and rock.

At this time the North Sea did not exist: plants, animals and people could travel on dry land from mainland Europe to Britain. Trees moved north across this land bridge and, as the climate warmed, a forest spread over much of lowland Britain.

Deer, elk, aurochs (the wild ox, ancestor of domestic cattle), wolves and other animals followed the trees, and groups of Mesolithic hunters followed their quarry into Britain.

More intensive farming was introduced in the British Isles around 5000 BC and 4500 BC after the influx of Mesolithic people. It then took a further  2,000 years for the practice to extend across all of the isles. Wheat and barley started to be grown in small plots near dwellings.

Permanent boundaries marking land holdings first appeared in the Bronze Age, 4,000 years ago. In the Iron Age people were living in permanent houses, farming land divided into fields and storing their harvest for use through the year.

By the time the Romans arrived, large parts of southeast England were already a patchwork of hedged fields, with farmsteads and villages connected by tracks and droveways.

Do you have ancient hedgerows on your favourite walk? We would love a photo of you in Hartwell with a historic backdrop. You might make it onto our very popular, spotted in Hartwell gallery page.

Farming experienced its biggest growth period during the Industrial Revolution. By the early 19th century, agricultural practices, particularly careful selection of hardy strains and cultivars, had so improved that yield per land unit was many times that seen in the middle ages and before.

During the great depression farmers suffered from a dramatic fall in grain prices following the opening up of the American prairies to agriculture and cheap transportation with the rise of steam ships.

The 18th and 19th centuries also saw the development of glasshouses, or greenhouses, initially for the protection and cultivation of exotic plants imported to Europe and North America from the tropics. Storage silos and grain elevators also appeared in the 19th century.

Throughout the UK, there are three main types of farming, these being pastoral, arable, and a mixture of the two. Pastoral farming is focused around animals and animal produce, whereas an arable farm works around crops such as barley and wheat.

When Queen Elizabeth II acceded to the throne in 1952 at the age of 25, the British people were still subject to rationing. At that time, farmland values stood at around £78 per acre, equivalent to £1,700 per acre in real terms.

Now, 70 years on, the average value in England is £7,800 per acre, but farming and the British food industry is facing another tumultuous time as a result of war in Ukraine and soaring energy costs.

But let’s focus on the bright side, for many countryside lovers, the sight of golden fields of wheat and barley on their rambles is a wonderful sight.

Some prefer the Autumn walks when harvest is being gathered and the farmland is fallow. The evenings can be cooler but if you have one of our Hartwell June Jackets with you, remaining warm and looking stylish is easy.

Farming is the bedrock of the UK’s largest manufacturing sector, food and drink, which contributes over £120 billion to the country’s economy. Although British farming provides 64% of the food eaten in the UK, self-sufficiency has declined steadily for more than 30 years since its peak in 1984. Then the UK food self-sufficiency stood at 78%. The current figure is 64%,which is better than many countries,  but with the recent and ongoing supply chain issues, such as Brexit and transport costs, British Farmers can be assured that that figure will start to climb.

Besides feeding the nation, for countryside lovers, British farms offer a huge range of opportunities to get involved. Many farms now boast kids activity days, fun farm areas, coffee shops and of course a farm shop for that fantastic British meat and produce.

Farm shops across Great Britain generate a massive £1.4 billion in sales nationally while employing 25,000 workers. Most farm shops expect sales to increase further in 2022 and a third of all farm shops have opened in the last 10 years.

If you want to find a farm shop near you, take a look at the handy guide from the UK farm shop guide.

Taking the kids on a farm day out is not only great fun, but teaches them a lot about the food they eat and where it comes from, the importance of animal care and starts to develop a love for the great British countryside.

There are far too many farms offering visitors a day out, so we invite you to take a look at the 15 farms that are featured on this helpful mini guide from day out with the kids, which are perfect for summer holiday treats.

We would also add the lovely Woodside Animal farm in Bedfordshire as a recommendation.

Don’t forget to keep your eye out for the nearest Hartwell clothing stockist as you travel around Great Britain and Ireland.

British farms need our support more than ever right now and Hartwell clothing are proud supporters of the buy British campaigns and of course we do our best to regularly visit British countryside pubs for farm to table products.

It’s a tough job but we feel it’s our duty.

So we hope you appreciate the history and outstanding contribution that English farming makes to our food supply, enjoy visiting farms and the wonderful landscape that has been thousands of years in the making.